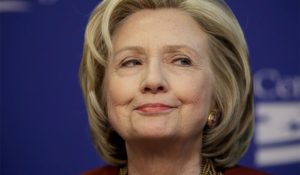 When asked about Kislyak’s meeting with staffers from the Clinton camp, Peskov said, “Well, if you look at some people connected with Hillary Clinton during her campaign, you would probably see that he had lots of meetings of that kind.”