MGM INSIDERS SOLD OVER 6 MILLION SHARES IN SEPT, ACCORDING TO A NEW REPORT

MGM INSIDERS SOLD OVER 6 MILLION SHARES IN SEPT, ACCORDING TO A NEW REPORT 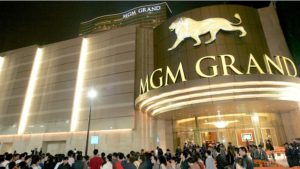 Las Vegas-based national radio talk show host, Wayne Allyn Root, is reporting, he has confirmed that MGM’s CEO and other executives sold off over 6 million shares of stock in September. According to Root, the stock selloff occurred while the CEO and MGM were embroiled in a controversy about MGM matching donations to CAIR and other radical left and Muslim groups.

Root went on to say “ROOT: This is just such outrageous news. Not only did MGM CEO sell almost ALL of his MGM stock in September…almost every share he owned…I’m getting word MGM Board sold heavily too. All this while MGM announced stock BUYBACK program with $1 BB of shareholder money. So MGM CEO Jim Murren was telling shareholders & public to buy…”stock is cheap”…while he personally sold almost every share he owned…& I’ll get confirmation soon if Board did too. I hear they did. All in September? Why?”

Information about MGM Executives selling off stock last month should be verified in a company report shortly.