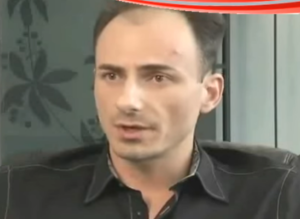 But what makes this case so shocking is that Myhre refused to charge and indict Bouari for far more serious crimes, including for his efforts to allegedly set up a rape brothel to provide Middle Eastern Men 16-year-old girls here in Las Vegas. According to Federal court documents, United States Magistrate Judge Peggy Leen stated in a bail hearing that Bouari had discussed with undercover FBI agents (recorded) “having Middle Eastern men from Dubai come to the United States for the purpose of having sex with 16-year-old girls, for which the defendant would profit from procuring.”

According to a former Federal Prosecutor we spoke with; clearly, U.S. Attorney Myhre had enough evidence to charge Bouari for his plot to allegedly set up a rape brothel using 16-year-old girls in Las Vegas but refused to bring such charges solely for political purposes under pressure from the Obama administration.

Bouari also allegedly sought to hire an undercover FBI agent to cut off the hands of former Federal Prosecutor Paul Padda over a civil lawsuit they were embroiled in. Again no charges for Bouari’s clear violent intentions.

According to law enforcement sources, Bouari was allegedly laundering money for Iranian backed Hezbollah, but because of the Obama Administration’s deep commitment at the time to the Iranian deal, those salacious charges were vetoed. 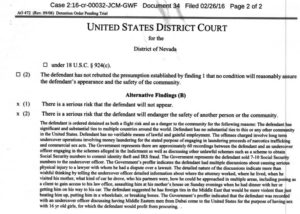 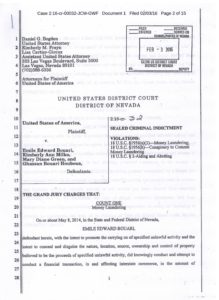