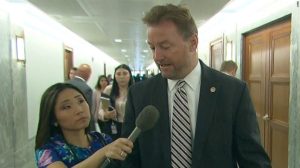 This week Dean Heller attacked Danny Tarkanian for donating money to his mom’s city council race and one check to Shelley Berkeley 19 years ago. That’s all Heller’s crack campaign team could throw at Danny? Dean Heller has more than $3 million in his campaign war chest currently, with millions more pledged by Republican Senate Leader Mitch McConnell.

What about Heller? According to the Nevada Secretary of State Campigan website, Heller has given ZERO dollars to any Nevada Republican elected officials or candidates over the last 20 years. Heller’s only donation on record is $150 donated in 2012 to the Clark County Republican Party Central Committee. The $150 was to pay to go to the Clark County annual Lincoln Dinner when he was running for the Senate the first time and needed their support.

So what’s worse, giving money to your mom’s campaign and a family friend 19 years ago or doing nothing for Republicans when Heller had all money and power for the last 20 years? 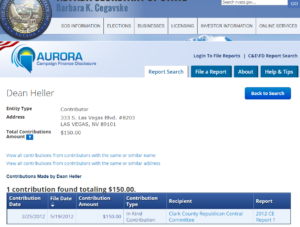