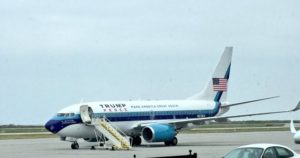 It wasn’t even a week after Donald Trump announced Gov. Mike Pence as his running mate that the Trump Pence campaign just took delivery of a Boeing 737 with fresh paint ready to launch Pence. According to sources Trump paid for the paint job himself. Unlike Hillary using Air Force One at taxpayer expense Trump continues pay for his own airplanes. To date, according to the Trump camp. Trump has spent over $55 million of his own money on his Presidential bid. 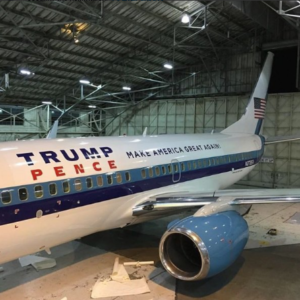