Yesterday, Nevada District Court Judge Wilson dismissed the entire election challenge case even after he allowed Republican Candidate for Governor to procede with discovery including taking Clark County elections Chief Joe Gloria’s deposition and after Gilbert’s expert witnesses testified how algorithms used by voting machines were corrupted. None of which has seen the light of day in his court room.

Wilson shut down the discovery and the case, refusing to overturn the election yesterday even though he agreed the math may have proven the election was stolen.

The lawyer for the opposition, J. Colby Williams, argued the math should not matter.

“We dispute the math, but frankly whether there’s a dispute on the math or not is not a genuine issue of fact that prevents a summary judge”

“If your honor wants to accept that there is a genuine dispute with regards to the math then by all means do so. What we have focused on is step two of Mr. Gilbert’s contest”, Williams goes on to say, “step two is restoring the votes from that problematic math”. “Restoration is not just a remedy, it’s at the heart of the lawsuit, and they can’t restore the election”

“We have provided court evidence, with mathematical certainty, that 900 precincts across Clark and Washoe County had the exact same mathematical formula generated percentages. That’s like flipping a coin 900 times and getting heads all 900 times, that’s mathematically impossible.”

Mueller went on to say,

“restoration is one remedy , the other is, under the statute is, you can order a new election,” 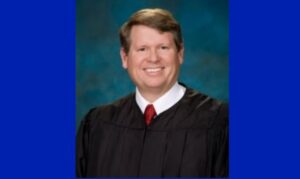 “We have 3 highly accredited experts who all say the elections were rigged… yet not officially accredited enough to be a Nevada Expert, Ed Solomon’s summaries and findings to be ruled as hearsay and inadmissible as evidence.

We saw the math was not challenged, as they know it’s impossible to. We saw them instead basically say well, just because the election was rigged, you can’t tell us how rigged it was.”

Fullstop, any Judge who took an oath to this great country should have stopped and said WTF!?

“We saw during the recount, that it took them essentially 2 skeleton crew shifts to recount what they say took 6 weeks to do via the election.”