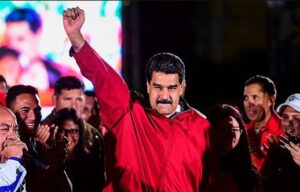 Today, the Trump Justice Department indicted Venezuela President, Nicolás Maduro, on a 13 counts in New York Federal Court. Maduro is accused of “helping manage and ultimately lead” a criminal organization known as the Cartel of the Suns and that he”prioritized using cocaine as a weapon against America and importing as much cocaine as possible into the United States.”

The President of Venezuela should ask former Panama President if he should take the charges seriously. Former Panama President Manuel Antonio Noriega was also charged by the U.S. Government on drug charges which led to the U.S. invasion of Panama on December 20, 1989. Noriega was captured by U.S. forces, shipped to the U.S. and convicted in a U.S. Court. He spent 28 years in a U.S. Federal Prison released in 2017 and dyng shortly after.

U.S. Attorney General Barr said the Maduro’s FARC terror group “uses Venezuela as a safe haven from which they can continue to conduct their cocaine trafficking.” U.S. Government has placed a $15 million price on his head. 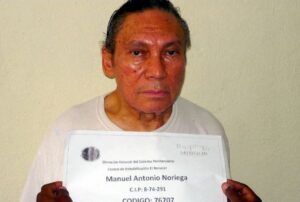