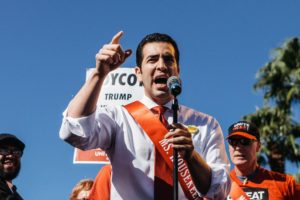 One term Congressman Ruben Kihuen stepped down last year after numerous women made sexual harassment allegations against him including his campaign manager. Now Kihuen announced he is running for Las Vegas City Council Ward 3.  Kihuen made the announcement about his intention to run on his Twitter page yesterday. 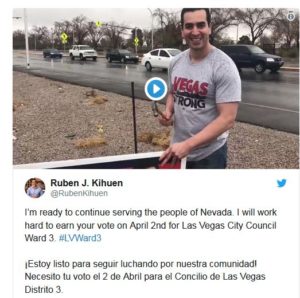 When Kihuen was first elected to Congress he claimed he was an illegal Alien at one point in a tweet attacking President Trump. 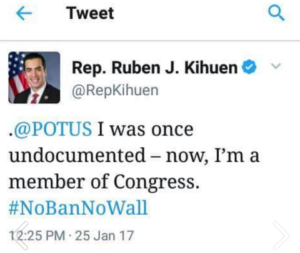