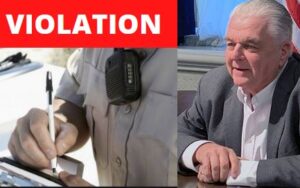 When Gov. Sisolak issued his COVID 19 State of Emergency Orders, he provided for fines up to $1,000 and even criminal charges for violations of his stay-at-home directives for non-essential workers and businesses. Yesterday, approximately 300 people showed up at the Las Vegas Grant Sawyer Nevada State Government building to protest Sisolak’s polices. Protests were also reported in Carson City and Reno as well. Under NRS 414, EMERGENCY MANAGEMENT, Governor Sisolak has the authority to fine and imprison citizens in order to enforce any such Emergency Orders.

The protestors are calling on Governor Sisolak to lift his restrictions and reopen businesses now. According to worldometer, 155 people have died in Nevada out of some 3 million residents. Many of the protestors were upset at Sisolak for allowing abortion clinics to remain open while closing churches, banning the lifesaving drug hydroxychloroquine and illegally closing gun stores.

All of the protesters yesterday violated Gov. Sisolak’s Stay-at-home orders. All the license plates have been recorded by cameras at the Grant Sawyer government building and many Democrats on social media are calling on Sisolak to fine them the max of $1,000. The Governor’s office refuses to say if and how they may take action against those who clearly violated his stay at home orders and who violated social distancing orders when they assembled together during yesterday’s protests. 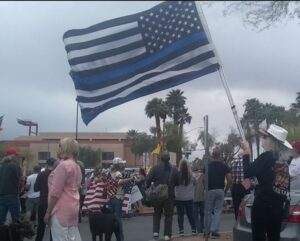