IF TRUMP OR HECK LOSE NV BY LESS THAN 3 POINTS BLAME SEC. OF STATE BARBARA CEGAVSKE 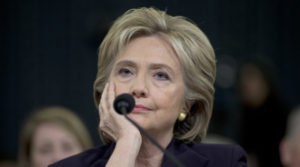 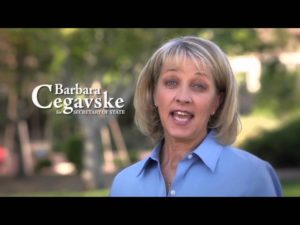 The Green Party’s Presidential Candidate Jill Stein has consistently received around 2 to 3% of the vote in Nevada polls, all of which coming from Hillary Clinton and the Democrats. So when Secretary of State Barbara Cegavske opposed giving the minor party a small extension of time to gather another 647 signatures to qualify for the November ballot, many Republicans became very concerned.

So on June 3 2016, When the Green Party  petition came up 647 signatures short after the verification process was completed, the party, its state co-chair Julia Hammett, and the Green Party’s presidential candidate Dr. Jill Stein filed a court action and moved for a mandatory injunction directing Nevada’s Secretary of State to accept and process another 1,000+ signatures. Instead of granting the extensions, which she has sole authority to do, Sec. Cegavske denied any extension and shut them down in court. So when Sec. Cegavske kept the Green Party off the November Ballot she gave Hillary Clinton and the Democrats an extra 2 to 3 points in the Nevada election.

Mrs. Cegavske has refused to answer NEWSMAXTV LAS VEGAS’ multiple requests for comment on her decision not to grant the Green Party an extension to submit signatures.

So if Trump or Heck lose the election in Nevada by less than 3 points, we know who to blame, our Republican Secretary of State.