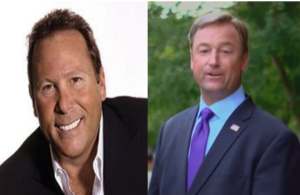 Cloobeck is best known for his two appearances on “The Undercover Boss” TV show a couple of years ago. He recent sold his timeshare company pocketing a ton of cash.

Heller is facing pressure from the right after he failed to support President Trump in 2016, even after Trump won the party’s nomination. Heller also came out publically against Trump’s first healthcare reform bill last month because, as he said at the Keystone luncheon “I am not supporting a bill that will result in 12 million people will losing their coverage.”

There’s no word whether Heller is supporting the new Obamacare replacement bill being considered this week in Congress.