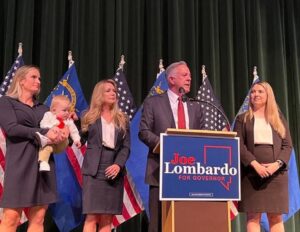 Governor-Elect Lombardo has made it clear that his policy priorities include the following:

“I’m excited to announce my transition chair and team today,” said Governor-Elect Joe Lombardo. “I have asked Ryan Erwin to chair my transition team, and he has graciously agreed. With his steadfast leadership and integrity, I’m confident that Ryan will do an exceptional job as we work to prepare our incoming team for success. This team consists of trusted experts in their fields who are committed to helping us successfully transition from the campaign to the Lombardo administration.”

Members of the Lombardo Transition Team include key government, business, and community leaders from across Nevada.