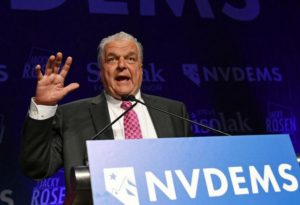 Carson City, Friday night Gov. Steve Sisolak signed the radical abortion bill SB179.  The bill removes any restrictions tied to the viability of the baby. Thirteen year old girls now have unlimited access to abortions without any parental consent. The bill allows abortion right up to birth. The abortion bill also does not prevent abortion for sex selection or race.

As reported by Fox News:

Pope Francis on Saturday likened abortion to hiring a hit-man and said the procedure can never be condoned, even if the unborn child is gravely sick or likely to die. Francis made the comments during a pro-life conference sponsored by the Vatican. He stressed that abortion isn’t a religious issue but a human one.