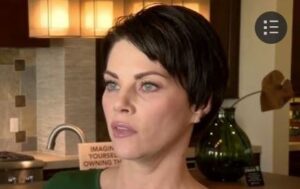 Local Nevada Political Operative Lawra Kassee Bulen was arrested for a second time within 1 year for DUI. According to court recorders, Kassee Bulen was arrested December 8, 2018 for “DUI and or controlled or prohibited substance, NRS 484C.110 and 484C.400. 1A”. Bulen posted a $2,000 bail, was released jail and ordered to return to court on April 4, 2019. Bulen settled the case in June 2019, according to public records.

Five months after her 1st DUI case was resolved, Bulen was arrested again on November 1, 2019 for DUI. The court continued the trial date set for March 17, 2020 due to the corona virus. Her trial date is pending. No word on whether Bulen’s Driver’s license was suspended or revoked or whether she was ordered to wear a drug/alcohol ankle monitor.

This wasn’t Bulen’s first brush with the law. Bulen was arrested for “Assault causing bodily injury” according to data base records 360 obtained.