PUBLIC RECORDS LAWSUIT:360NEWS SUES JOE GLORIA FOR ALL HIS EMAILS 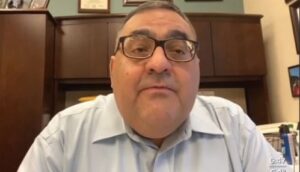 Joe Gloria is accused of extensive corruption in the Clark County Elections Department by President Trump, by Adam Laxalt, by NVGOP Chairman Micheal McDonald and numerous candidates and lawyers , including:

#1. Violating federal election laws when they failed to remove thousands of ballots listed as undelivered in the June primary,

#3. Mailed every active and inactive voter a ballot.

#4. Gloria’s egregious and illegal use of the Agillis mail ballot processing system in direct violation of Nevada Revised Statute 293B.063. 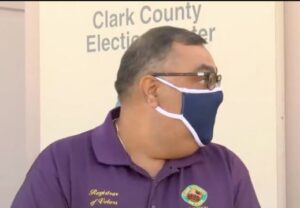 Gloria’s office claims they only removed 30 non-citizens from the voter rolls in 2019.

So, 360 News and reporter Rob Lauer served Joe Gloria and Clark County with a public records request weeks ago stating:

NRS.239, Gloria must respond and provide the documents within 5 business days. To date Gloria and his office have failed to respond. All of Joe Gloria’s communicators, including emails and texts are subject to public records request. We limited our request to the election period to reduce the time his office needs to respond. 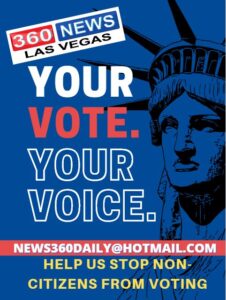