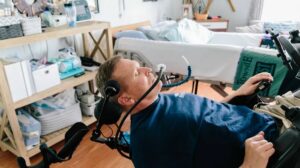 The U.S. Court of Appeals for Veterans Claims said in a ruling that the VA has been wrongfully denying reimbursement to veterans who sought emergency medical care at non-VA facilities, and struck down an internal VA regulation that blocked those payments.

“All of this is unacceptable,” said the ruling, which ordered the VA secretary to “readjudicate these reimbursement claims.”

Plaintiffs’ lawyers say that based on past estimates by the VA, the department is now on the hook for between $1.8 billion and $6.5 billion in reimbursements to hundreds of thousands of veterans who have filed or will file claims between 2016 and 2025.

In 2016, I found myself in the emergency room at Mountain View Hospital, suffering a heart attack requiring emergency stent surgery. The hospital and Doctors were great. They were professional and efficient. Then, a few months later, I received a bill from the hospital. I referred them to the VA, but the VA refused to pay the bill, claiming it wasn’t a medical emergency. Yep, that’s correct. According to the VA of Southern Nevada, a heart attack requiring emergency surgery is not, in their eyes, a medical emergency they plan on paying for. After months of battling the VA, they finally paid. But along the way they denied me the medicine for my heart my Cardiologist prescribed and made my life hell while I tried to get follow up care and recover form a heart attack. The VA was just another cold heartless federal government bureaucracy that could care less if we lived or died.

Keep in mind the medical bills that the VA refused to pay ended up on Veterans’ credit reports, Veterans living on a fixed income.

If you want to understand why so many Veterans commits suicide just look at how the VA treats them. This ruling is vindication for hundreds of thousands of Veterans who have been systematically denied reimbursement by the VA over the years.