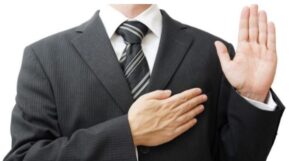 Freedom relies on leaders with integrity and loyalty to the people and institutions they serve. Ignoring the mainstream media’s lies, the election was stolen and everyone knows it.

The Nevada Legislature Failed us.

The Nevada Legislature passed election law changes, including mail in ballots, literally in the middle of the night without a peep from most of NV Republican elected officials.

Our elected Republican Secretary of State, BARBARA CEGAVSKE, failed us by supporting the mail in ballots scheme early on in March, then fighting Trump the rest of the year.

The Courts Failed us:

All these facts and evidence, including the names and addresses of the folks list herein, were presented in Carson City District Court before Judge Russell, who declared there was insufficient evidence of voter fraud. Then the Nevada Supreme Court literally reviewed the appeal for all of 4 hours before dismissing it.

The U.S. Supreme Court dismissed a lawsuit brought by some 20 states led by Texas, who challenged the results of the elections in Pennsylvania, with one sentence, no standing.

The media has lied and produced endless propaganda supporting this big lie that the election was clean and Biden won.

But the biggest betrayal was the Republican Party. Last night our Republican leadership in the Senate, and of course Mike Pence, failed to stand up for us by challenging the Electoral College vote. In Nevada, our only Republican Congressman joined the Dems last night to vote against Pres. Trump. Not ONE Nevada Republican elected leader, except Annie Black, stood up and spoke out.

Yes all those institutions have been corrupt for years. But many of us still had some confidence that there was some semblance of integrity. But that was washed away this election.

The Republic has collapsed into darkness and tyranny. Every level of our government has been exposed as thoroughly corrupt and illegitimate.