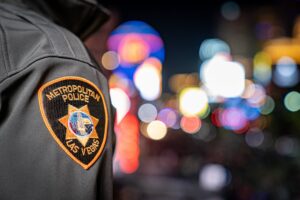 After almost a month of lock-down in Clark County, due to the outbreak of COVID19, Domestic Violence calls are up. According to Las Vegas Metro Police Department Sheriff Lombardo, his department has seen an uptick in calls for service related to Domestic Violence in March. With schools closed and most public places closed, people are feeling stressed.

According to national statistics DV cases are up across the country while folks sit at home unable to work or escape the isolation of the lock down imposed by State governments. Experts say people need of get out the house and take walks while keeping their social distancing and limit drug and alcohol consumption.