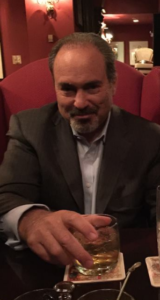 Local liberal reporter and 6 time failed TV show host Jon Ralston was arrested for a DUI in 2005 and according to sources 3 more DUI arrests were expunged from his court records. Ralston’s representative denied the three other DUI arrests. It appears the DUI arrest he did admit to and the court ordered mandatory AA classes failed to connect. Ralston posted on August 22 a picture of himself with drink on his twitter feed with the quote “That kind of day”. There were no signs of his car keys in the picture, but perhaps his tweets should be a warning to drivers posted on Freeway Digital Boards? 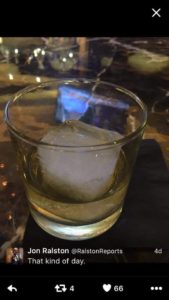 Again this is the same Jon Ralston that derives an usually level of public pleasure from the sleaze he shoots out about Nevada Republicans and conservatives every day. He has been Harry Reid’s political hit man in the press using his Ralston blog like an assault rifle in close quarters combat.  Make no mistake about it, Ralstan’s words are meant to be as lethal as an AK-47 round traveling downrange at 2,200 feet per second across twitter on the internet.

Recently, KTNV Channel 13 News, replaced Rikki Cheese with Jon Ralston after she was arrested in May 2016 for a DUI.