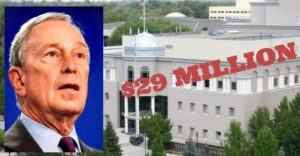 According to the Nevada Secretary of State’s Campaign Website data tracker, Michael Bloomberg personally donated more than $12 million and another 17 million through his Everytown PAC to Nevada Democrats. 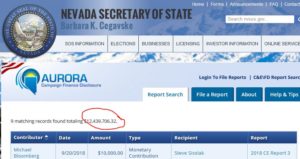