DO MUG SHOTS TAINT POTENTIAL JURORS? ARE THEY SLANDEROUS?

DO MUG SHOTS TAINT POTENTIAL JURORS? ARE THEY SLANDEROUS? 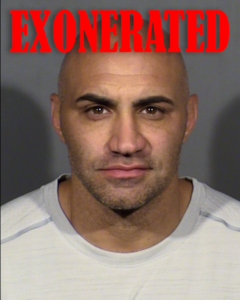 Cops arrested Sanchez and charged him with Domestic violence. The cops released his mug, which every news outlet practically in the valley splashed across their front pages saying he was charged with Domestic Violence.

Sanchez was suspended from his job at Bishop Gorman High School and his reputation was shredded. Over the next several months Sanchez worked to defend himself retaining local Criminal Defense Lawyer Ross Goodman. Eventually Sanchez’s girlfriend recanted her story in April 2017.

“With my history of being on antidepressants on and off for four years, I made a bad judgment call and made up allegations of domestic violence against Kenny,” she wrote. “I’m sorry and embarrassed for my actions. He does not deserve this and is a great father.”

But at issue is; should the police be allowed to release mug shots to the public before a person is convicted? Do mug shots released by police to news outlets taint potential jurors? Clearly when one reads the comments under mug shots in the news and online, 99% of the people commenting believe the person is guilty.

Fortunately, Sanchez had the money to bail out of jail, hire a good lawyer who worked hard for him. Most poor people are stuck with public defenders who have little time or resources to do this kind of great legal work.

According to data gathered by the Center on Wrongful Convictions and The Innocence Project, it’s estimated that 1% of all prisoners—20,000 people—were wrongfully convicted.

The Supreme Court has ruled several times that mug shots are a matter of public record. But should that include those not yet convicted of a crime?  Having your mug shot posted online can follow you forever (some media companies charge as much as $900 to have mug shots removed from their sites). Several states in the country are in the process of passing bills that will allow only mug shots of those convicted of a crime to be released to the public. A Federal Appeals court recently barred suspects from being in shackles in court unless they were deemed dangerous.

If Americans are really considered innocent until proven in a court of law guilty by a jury of their peers, isn’t it time we stop publicly treating people as guilty until proven innocent?

Original Story from the AP about Sanchez’s case 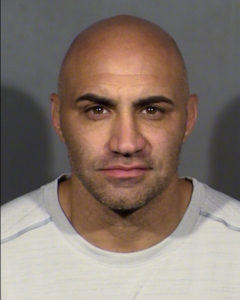 LAS VEGAS (AP) – The coach of the nation’s top high school football program has been suspended from the Las Vegas team, following an arrest and allegations of domestic battery.

Bishop Gorman High School announced Friday that it had suspended Kenneth “Kenny” Sanchez pending the outcome of a review of the situation.

Sanchez was arrested Tuesday and is accused of domestic violence against a woman on Dec. 25.

The criminal complaint says the woman told police that Sanchez was at her home when he approached her from behind and punched her.

Sanchez hasn’t commented since the allegations surfaced this week, but his attorney has said there’s no truth to the accusations.

The school says it’s taking the matter seriously but declined to discuss the personnel matter.