DEMS MURDERED IN RESPONSE TO LOSING POWER FOR 2 CENTURIES

DEMS MURDERED IN RESPONSE TO LOSING POWER FOR 2 CENTURIES 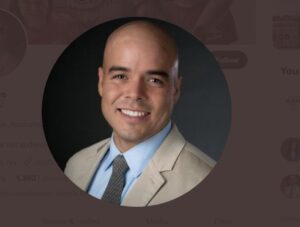 Can you imagine what Biden and the entire political class would be saying today if investigative reporter Jeff German had been murdered by a MAGA supported with a gun? The calls for gun control and more political crackdowns on MAGA supporters would be swift and ruthless.

Last night, former elected Democrat Clark County official, Robert Telles, was arrested for murdering a political reporter, Jeff German, with a knife. Of course, the media is running with the sensational aspects of the murder connected to politics. But the normal politicization by the left is noticeably absent in the news coverage. This comes less than a week after Biden claimed MAGA (Make America Great Again) supporters were the real threat to American democracy. 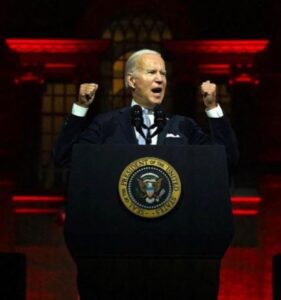 But headlines about Telles completely leave out the word “Democrat”. They only mention is that Telles lost his “Democrat” primary way down in the article. If this was a Republican, they would have his party affiliation in the headlines.

Democrats have a long history of political violence in response to losing power. Even in recent years, the Dems have been exceptionally violent.

You may not have heard about New Jersey Democratic campaign consultant Sean Caddle, who pled guilty to charges of conspiracy and murder-for-hire. His guilty plea occurred back in January of this year.

Then there’s wealthy California gay and yes, Democrat political donor, Ed Buck, who was found guilty of luring men into his apartment and injecting them with methamphetamines in exchange for sex. Two died before he was charged. Ed Buck, 66, was convicted on all nine felony counts in a federal court. 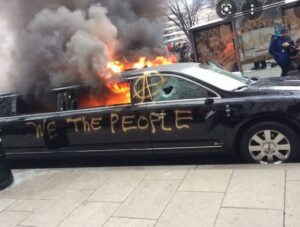 I was in Washington, D.C. on January 20, 2016 and witnessed Democrats looting and burning the town as Trump was sworn into office. 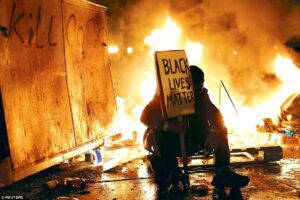 No one can forget the Black Lives Matter riots across the country that left dozens dead and a local Las Vegas Metro Police officer shot in the back of the head. 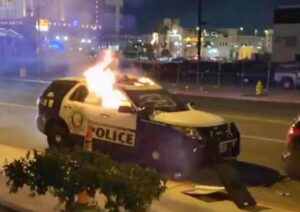 The Democrat party was started by Andrew Jackson, who passed of the Indian Removal Act, which he used to kill thousands of Indians.

The Democrats started the KKK and terrorized former slaves with Jim Crow laws.

Now Democrats want to defund the police and release criminals from our prisons. Sisolak released hundreds of criminals early from prison, citing CV19. Las Vegas has turned into a shooting gallery for repeat offenders thanks to Democrat bail rules.

The twenty cities in the United States with the highest murder rates run by Democrats (murders per 100,000 people) are (Las Vegas #6):