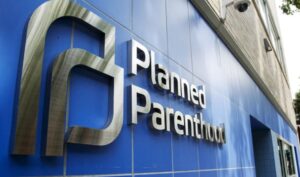 Following last week’s Roe v. Wade Supreme Court ruling, many states having trigger laws officially outlawed abortion. Our neighbor Utah has such a trigger law that went into effect last week. Texas outlawed abortion when there is a heart beat detected. Reno Planned Parenthood wants Nevada to become a hub for women to fly into have an abortion to avoid their local state laws. So Reno Planned Parenthood is building a industrial sized abortion facility next to the Reno airport including building a hotel. Local Pro Life supports nicked named it the Abortion Death Star.

“Planned Parenthood Mar Monte, which operates in parts of Nevada and California, already has a new facility planned in Reno. The facility will break ground in August”

Gov. Steve Sisolak signed a bill passed by exclusively by Democrat law makers that protect sex traffickers, literally. The law, SB179, repeals the requirements of a physician to certify in writing that the patient gave their consent freely without coercion and age verification and shields witnesses from testifying about these nearly state-sanctioned, dangerous black-market abortions.

What we are left with is a reform law that is advantageous to sex traffickers operating in our state, unequivocally leaving child sex-abuse victims without any certainty of reporting or rescue all while placating basic medical safety standards by simply looking away.

Now sex traffickers can force their child-victims to lie about their age if the physician even bothers to ask. Or they can skip medical qualifications all together and give abortion medications without the advice of a physician or an understanding of risks. Traffickers can perform abortions themselves or hire black-market abortionists without criminality. Children can be given abortions with no guaranteed inquiry, reporting and without fundamental safety protections while witnesses cannot be compelled to testify.

Utah State Legislature passed a trigger law  just became law banning abortion except for specific circumstances such as rape, incest, risk to a mother’s life or the diagnosis of a serious “malformation or defect” for the fetus.

Republican Candidate for CD4 Sam Peters told 360 News he fully supports passing a federal parental notification requirement to transport minors across state lines for medical procedures including for abortions in places like Reno.