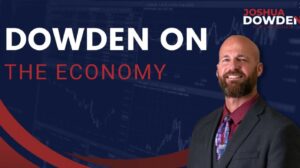 The 2nd special session is underway: this governor; this legislature; need at least 2 special sessions to fix the budget shortfall that they themselves have created.

Governor Sisolak has shutdown our economy; not Donald Trump, not the GOP. Governor Steve Sisolak alone bears the blame. Would I have done it? Would you have strangled the life out of our state? This may be little more than Monday morning quarterbacking…but he did it! And in doing so, Gov. Sisolak has created the worst Nevada economy in Nevada history.

New taxes have just passed; more new taxes are on the horizon. Schools and businesses are shut down. A friend of mine was just fined $250 for patrons dancing in her wine bar! Yes, you read that right. This governor will fine your business $250 if your patrons are observed dancing… yes, dancing. Cork and Thorn, in the art district, now has a sign “No dancing allowed”.

Nevada burns as Democrats watch. The people elected to lead us forward throw gasoline on the fire that they started. We follow California Governor Gavin Newsom. We follow New York Governor Andrew Cuomo. We follow the fake news CNN and MSNBC, as if they have any idea what is best for Nevada. Governor Sisolak and the Democrats have placed the kindling, poured the gasoline, and lit the match.

As of 08/01/2020 Nevada is 47th in unemployment. That is 47th worst in the nation! If you think that number sounds bad, and it does, it is only eclipsed by our 50th ranking in education. Governor Sisolak’s solution? Raise taxes, close schools and fine anyone that disagrees.

The recent mining tax will cost jobs. The next tax will be on income, and that will drive citizens, and businesses out of Nevada. Governor Sisolak has no idea what he is doing.