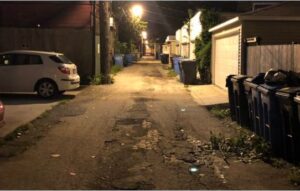 Last December, Iraq War Veteran, Edward Croaker, awoke early morning to gunfire behind his house in the alley. Believing his home and family were the target of the gunfire, Croaker got his gun, returned fire from his second story window striking one of the suspects in the head, killing him. The second suspect was unharmed. According to Croaker, a highly decorated Army Veteran, one of the shooters aimed his pistol up towards Croaker and that’s when he shot him with his pistol in the head.

It turned out the two youths were test shooting a stolen gun in the alley behind his house. Because the surviving teen is under the age of 18, his name and charges were not released. And his criminal record, if any, is also not being released. 17 year old Cory Limo was identified by the Clark County Coroner as the dead felon Croaker shot.

The surviving suspect told police they were fleeing when Croaker shot at them. But the autopsy report showed Limo was shot in the right side of the head, consistent with the angle from the second story window, not in the back.

But a rush to judgement landed Croaker in jail on murder charges last year.

According to police, the two youths were suspects in several local armed robberies. But that hasn’t stopped their parents from suing Croaker for wrongful death.

Clark County DA Steve Wolfson just dismissed all the charges against Decorated U.S. Army Veteran Edward Croaker siding with him that the shooting was in self defense.

Edward Croaker’s actions probably saved some poor store clerk’s life who these armed felons could have killed in the course of a future armed robbery. BTW Police so far have not released the dead felon’s criminal record. Croaker is a hero who defended his home, his family and his community from an armed felon shooting off a stolen gun in a residential neighborhood.