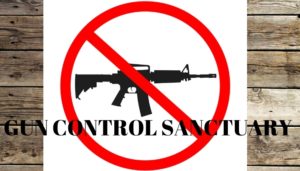 On Tuesday, Lincoln County New Mexico Commissioners voted 4-1 approving a resolution to become a 2nd Amendment sanctuary county in reaction to extreme gun control laws passed and proposed by the Legislature. Lincoln County Sheriff Robert Shepperd stated he believed many of the Gun Control provisions the legislature passed and/or are considering were unconstitutional.

Lincoln County New Mexico citizens packed the commission chamber in Carrizozo and crowded into the lobby outside to show their support or opposition for the 2nd Amendment sanctuary resolution. Public comments lasted for more than an hour, with most of the folks supporting the proposed resolution.

In addition, Lincoln County Commissioners approved a resolution opposing any new State laws that would impose rules, regulations and restrictions exceeding federal laws on all private firearms transfers between individual. The vote was unanimous. 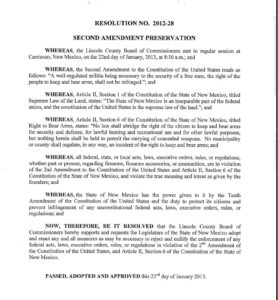