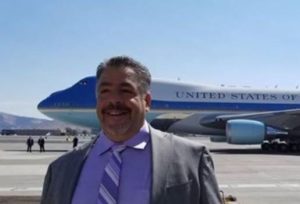 After the Clark County Republican Party Chairman Carl Bunce failed to raise a single dollar since the Primary Election in May and practically every Republican lost in Clark County, Chair Carl Bunce has been forced out. A New Chairman will be elected on November 20, 2018. Successful Business owner Pat Casale is widely supported and expected to succeed Bunce.

Pat told 360 he plans on a major outreach program to third party disenfranchised Republicans like the IAP’s. Pat also wants to build a team of Republican Party leadership consisting of successful, motivated, connected people who want to get things done. Pat said “The CCRP needs to pivot from being a social club to a political organization that gets Republicans elected.” He went on to say “We need to hire a professional year round staff to focus on winning in 2020. We all need to come together, role up our sleeves and get to work.”

The next CCRP meeting will be: