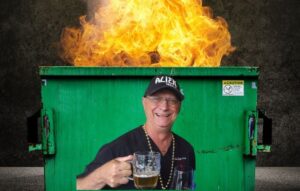 As we watch the Nevada election results roll in, we are certainly relieved Sisolak is history, and we all hope Laxalt pulls it off, but the one race we all needed to win was the Nevada SOS race. Back on Sept. 22, 202, I, along with many Republicans, condemned Chuck “YOU” Muth for once again screwing Republicans by endorsing the IAP candidate, Jenine Hansen, for NV SOS over the rock-solid conservative Jim Marchant. The IAPs and Libertarians have helped elect more Dems in Nevada than Harry Reid.

Muth wrote in his blog at the time:

Muth, the self declared smartest man in Nevada politics, who actually runs a clown college for candidates, did not truly believe Jenine Hansen was going to win the SOS race simply with his endorsement. We rightfully condemned him at the Clark County Republican Meeting for his heinous self-serving behavior.

This is why our party keeps slipping to the bottom. Now we face a certain future of more biased election laws in favor of Dems. Chuck Muth and Jenine Hansen have helped elect a Harry Reid Dem supported by Soros and Bill Gates money.

And on top of Muth’s screw job, our own party failed to give any real money to Marchant’s campaign. Trump waited until last month to finally endorse Marchant.