The NEVADA GOP CIVIL WAR HAS BEGUN with the first battle set for tomorrow! 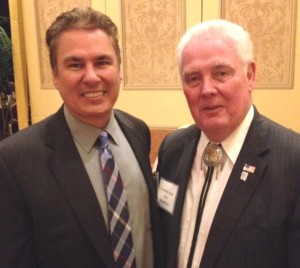 The NEVADA GOP CIVIL WAR HAS BEGUN. THE ESTABLISHMENT FORCES, led by Governor Sandoval, stand ready to protect its 2015 $1.3 Billion tax increase by hardening their defenses and defending their State Senate and Assembly allies against a determined and well organized insurgency made up of conservative and libertarian activists and legislators.

While the battle between Trump and the Establishment plays out at the national level, the fighting in the Battle Born State of Nevada is about to heat up with the Republican State Primary just over 2 months away.

Gov. Sandoval and his forces are leading the effort to defend the largest tax increase in Nevada history by raising millions of dollars from special interests, determined to hold the line against their own Republican base that soundly rejected establishment policies in the 2014 election.

In June 2015 several Republican County Party Central Committees voted to condemn not only the tax increases but accused the Governor and his assembly and state senate allies of “defrauding the voters.”

Nye County actually voted for a resolution to “excommunicate the Governor out of the party” and endorsed an opponent of Republican Nevada Assemblyman James Oscarson who voted for Governor Sandoval’s $1.3 billion tax increase breaking his pledge not to vote for any tax increases.

But it’s not just taxes that have the base in full rebellion. Governor Sandoval and his establishment allies support:

On June 14, 2016 the future of the Republican Party here in Nevada will be determined. And if the Republican insurgency fails will they sit out the general election in November or go third party?

The Clark County Republican Central Committee Convention will play out tomorrow Saturday April 9, 2016 at the Rio and will mark the first battle of the GOP Civil War when both sides face off putting their slate of candidates for up for party loyalists to vote for.  The party vote will put to the test Governor Sandoval’s ability to hold on to his power base and may signal the outcome of the June primary.

Perhaps the University of Nevada Las Vegas’s mascot, the Rebel, is more fitting than ever.