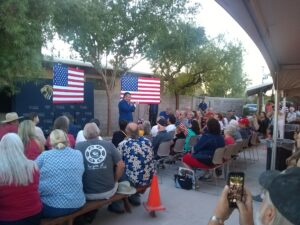 Senator Ted Cruz was the main speaker at a rally for Congressional Candidates Mark Robertson and Sam Peters on the north west side of Las Vegas last night. Afterwards, I conducted a one-on-one interview with the Texas Senator about a multitude of issues.

When I asked if he would commit to hold Senate hearing to investigate $168 million in federal dollars paid to Northshore to conduct CV testing in Nevada, where a whistle blower said 96% of the tests were fraudulent, Senator Ted Cruz replied

“If the Republicans take back the Senate in November, I will be the incoming Chairman of the Commerce Committee with far-reaching authorities. Yes, I will hold senate hearings to investigate Sisolak. “

“While Nevadans were battling the pandemic, @GovSisolak

was fast-tracking shady contracts for a COVID testing company at the request of his campaign donor. The only problem? The company got 96% of their results WRONG. Sisolak will pay for his corruption in November” 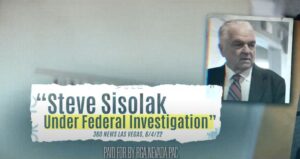 Details of the scandal

According to reports, Perkin’s partner, Mike Willden, a former director of the Nevada Department of Health and Human Services, called the Governor’s office to help get Northshore’s lab testing licenses expedited. Willden lobbied Sisolak’s chief of staff, Yvanna Cancela, who pressured the director of the state’s pandemic response, who pressured the head of the state’s licensing bureau, Cody Phinney. She in turn moved up its inspection of Northshore’s Nevada headquarters in Las Vegas over the objections of Inspector Bradley Waples. Waples claims he was allegedly pressured to move Northshore to the head of the line under protest.

Northshore, all of a sudden, had thousands of new customers who needed weekly testing even without a surge of infections. And for each person, Northshore was paid by the Feds $165 and $260 for administering the two tests, claiming they were uninsured. Northshore pocketed $165 Million, according to federal reports.

But Northshore’s testing results at the University of Nevada Reno drew the attention of the Director of the Student Health Center, Dr. Cheryl Hug-English who ran her own investigation into Northshore testing with the state lab. And she discovered that more than 96% of the PCR results from the Nevada State lab that came back positive, Northshore reported as negative.

According to a May 17th email obtained by ProPublica, Federal Special Agent Peter Theiler with the Inspector General’s Office of the U.S. Department of Health and Human Services said he plans to subpoena documents from Northshore, Nevada health officials, and from Governor Sisolak. 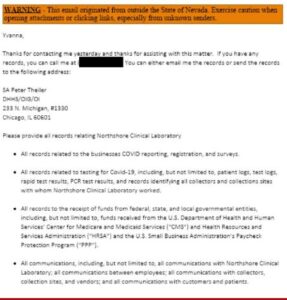