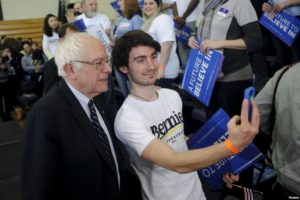 Many Bernie Sanders delegates here in Nevada and around the country recently learned it may cost up to $5000 for travel, hotel and Democratic National Convention costs to attend this month. They expected it to be free. Some Sanders supporters are asking for tax dollars to fund their trip saying “It’s not fair we should have to pay”

“The cost definitely was a surprise,” said Jessica Frisco, 23, a delegate “People are freaking out.”

No word from Nevada State officials on whether they will flip for the bill?