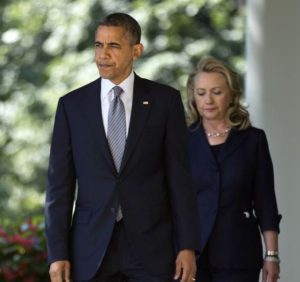 One must now ask the very real question, are the Clintons blackmailing President Obama with some dirt they have? Because the President and Mrs. Obama had scheduled to campaign today together before FBI Director Comey announced his findings. Findings which he claimed no one knew about before today. Its very hard to believe the President would agree to campaign with Mrs. Clinton if he didn’t know the recommendations before today. Imagine if the FBI had recommended criminal charges while they were campaigning together today. The fix was in from the beginning.

The fix was in from the beginning.

If Trump is elected President must pursue and prosecute Mrs. Clinton for violating the law. That is our only hope of the nation getting real justice.