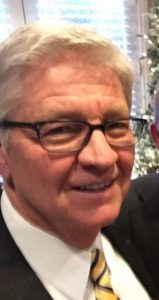 Going back as far as 2001, attorney Erv Nelson had legal issues driving. On October 19, 2001 he was charged with a misdemeanor, which lawyer Erv Nelson got dismissed. Over the next fourteen years he has been charged with at least eight driving related misdemeanors. NEWSMAXTV Las Vegas is still trying to confirm how many other cases attorney/ Assemblyman Erv Nelson had sealed. There’s no record of why his license was suspended in 2013. Mr. Nelson did not get back to us with a statement.

• On September 27, 2013 Nelson was charged with driving on a suspended license, 483.560.2(A) a misdemeanor and UNLAW TXT/SEND/READ/TALK W/O HANDSFREE-CELLPHONE-1ST 484B1654A a misdemeanor.
• On November 14, 2013 Assemblyman Erv Nelson was again charged with driving on a CANCELLED, REVOKED, SUSPENDED, ALTERED PLATES OR REGISTRATION 482.545.2 a misdemeanor.
• In 2005 Assemblyman Erv Nelson had a ticket go to warrant after failing to show to court and pay the fine. It appears the ticket was converted to an “Illegal Parking”.
• On September 9, 2013 Nelson was issued a ticket which was converted to “illegal Parking” and he went to traffic school according the court records. Traffic tickets are often converted to parking tickets if one hires the right lawyer here in Las Vegas.
• In addition, Assemblyman Erv Nelson had a slew of parking tickets over the years which may or maynot be additional moving violations converted to parking tickets. 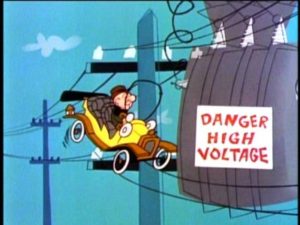 Assemblywoman Victoria Seaman responded to Mr. Nelson’s driving record by saying “Why would we expect him to exercise any more consideration toward his fellow citizens on the road when he’s already trying to run them off of the campaign trail?”

Perhaps Erv Nelson aka Mr. Magoo should be required to warn his neighbors before driving his car so they can bring all the children in doors!