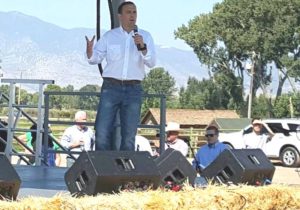 Kolbe v. Hogan is a challenge to Maryland’s ban on semi-automatic rifles and magazines that hold more than 10 rounds.

West Virginia Attorney General Patrick Morrisey said in a statement in support of group’s brief. “Law abiding gun owners routinely use these firearms for self-defense or sporting. Such an unconstitutional act cannot stand.” Attorney General Morrissey continued on “This coalition’s effort is really important because we have to protect Second Amendment rights,” he said. “I hope that the Supreme Court hears this case so there are not undue restrictions on peoples’ right to enjoy the Second Amendment. This matters not only for West Virginia, it matters for the entire country.”

With the recent addition of Justice Neil Gorsuch, The Court is now leaning right and the outcome of such a ruling is more likely favorable to second amendment advocates.

NV Attorney General Laxalt has been a staunch supporter of second amendment rights including his efforts to block the enforcement of Question 1, the gun show back ground check law. Laxalt is expected to be a candidate for Nevada Governor next year.