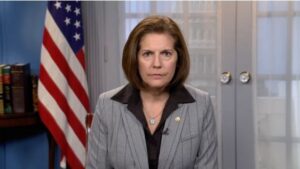 From 2006 to 2014, Catherine Cortez Masto was the Nevada Attorney General prior to Adam Laxalt. While she was AG, some 8,00 rape kits languished in storage without being tested. When Adam Laxalt took over in 2014, he successfully obtained some $6 million in funding to test over 6,000 rape kits from federal grants and fines his office levied on criminals. 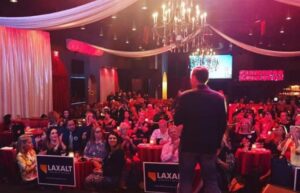 Let’s put this into perspective. A woman or child, who was raped in Las Vegas, called the police, went to the hospital, and got a rape kit administered, only to have the rape kit sit in storage for some 10 years without ever being tested. Imagine how they must feel. Most rapists don’t just do it once. They repeat the crime over and over, so rape kit testing is critical to stopping violent rapists and saving other women and children from becoming rape victims or even being killed.

So one would think Democrats, who controlled the legislature back in 2017, would have been eager to fund rape kits, put away sexual predators, and protect women. But when Nevada Attorney General Adam Laxalt asked the Democrat-controlled legislature to provide funding to test old rape kits and require that kits be tested within 120 days, the Dems blocked it, knowing he was running for Governor at the time.

Carson City, Monday at 5 pm., The Ways and Means Nevada Assembly committee scheduled a hearing to review the Rape Kit bill, Assembly Bill 97. Over the past 20 years, some 8,000 rape kits went untested in Nevada. Now there’s a bill in the State Legislature, sponsored by Attorney General Adam Laxalt, to prevent this from ever happening again. The bill, AB 97, will require police to test rape kits within 120 days.

Last week in the Nevada State legislature, the Democratic Floor Leader and Committee Chairwoman, Assemblywoman Teresa Benitez-Thompson, refused to provide funds to test and prosecute the rapists of some 8,000 untested rape kits, including those involving child rapists.

So it is imperative that Democrats, who control the State Legislature, fully fund the rape kit testing 120 day mandatory period as proposed in Laxalt’s bill. But so far, Democrats claim the projected cost of $750,000 annually is too much money, and they just can’t find the funds. But last week, Senate Leader Aaron Ford proposed a bill to provide FREE college for prisoners at a cost of $300,000. Democrats found $300,000 to provide free college for rapists in prison, but they couldn’t find $750,000 to test rape kits to protect women.

Assistant Attorney General Wes Duncan testified before the state legislature last week, seeking support for a bill that would require police to test rape kits within 120 days. At first, the Democrats opposed it and wanted things to remain the same, so rape kits could languish forever without being tested. But after considerable media pressure, the Democrats have now agreed to the 120-day testing requirement.