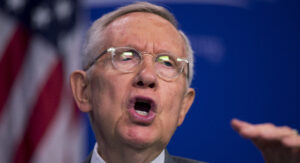 On February 16, 2021 the Clark County Commission, made up entirely of Democrats Harry Reid helped get elected, voted to change the name of McCarran International Airport, a great Nevada U.S. Senator. Sen. McCarran was a true leader here in Nevada and the people in his day respected and elected him over and over to a host of different offices over some 50 years. McCarran was a JKF type anti-communist Democrat and stood for everything Harry Reid stands against.

Commissioner Justin Jones burped out at the meeting

“I will be proud to cast my vote today to support the airport being renamed as a tribute to the work [Sen. Harry Reid] has done for Nevada, regardless of party, and a reminder that we must continue to fight the good fight for our community every day” 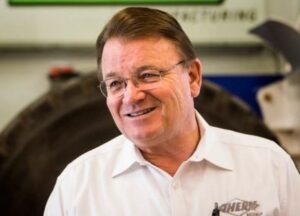 Yesterday, Ahern Hotel President and local political leader, George Harris, announced they were launching a ballot initiative at the county level to ax Harry Reid’s name from the airport forever. Harris said Ahern’s lawyers were preparing the language for the ballot initiative and told the Las Vegas Conservative Town hall group they will need to gather 90,000 signatures to get it on the fall ballot.

Harris called Reid a corrupt political hack who worked tirelessly for the last 40 years to crush the Republican Party in Nevada by hook and by crook.

If such an initiative is on the November ballot it could drive Republicans to the polls in greater numbers and help give them even more of an edge than they already have because of Biden’s hyperinflation middle class and working class folks are suffering under currently.