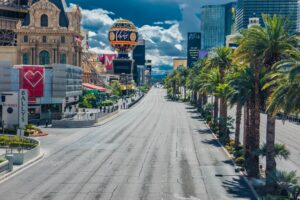 With news outlets hyping the daily count of people testing positive for CV19 as testing ramps way up, there’s a new push to shut down the economy again. Bars in LA, Texas and Florida are shutting again. The daily drum beat to wear masks forces us all to be conscious of the virus every minute of the day. “Hype”, because according to WorldOMeter, Nevada had zero deaths in the last 48 hours and one death all week related to CV19. The U.S., including the military and all the U.S. Virgin Islands, had a total of 243 deaths from CV19 this week. Nevada had 840 new cases this week. That includes people with no symptoms to people hospitalized. We are also testing thousands or people per day now.

Clearly hospitals and medical staff have reduced the death rates and even hospitalizations for CV19 infected people to a trickle. But yet the media keeps pushing for a 2nd shut down with daily numbers that more reflect successful testing programs instead of catastrophic death rates.

But according to sources in local and state governments, there’s a new effort underway to shut down the economy again, possibly next week. The fear has caused 60% of Casino Bookings to be cancelled.

With the death rate under auto accidents at this point, many Republicans now believe the shutdown mania is really about destroying Trump’s economy and the fall elections instead of real health concerns. And there’s serious credibility to that thinking. A 2nd shut down would justify mail-in-ballot elections again.

YouTube and Facebook have blocked videos and interviews of Respiratory Doctors about the negative effects of wearing masks.

The CV19 virus has also become an opportunity for radical leftists to fundamentally change the U.S. economy by destroying landlords and small businesses. Another shut down that lasts for months might do the trick.

But with Republican losers in office who refuse to fight back it seems we may be forced to endure a 2nd shut down driven by politics and not science.