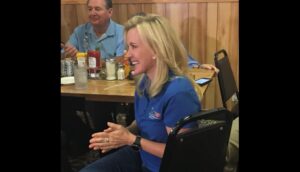 Powerful dispensary lawyer, Tisha Black, just announced that she is running for Nevada Attorney General as a Republican. Tisha Black is local Las Vegas attorney who describes herself as

In her announcement Tisha said

“As Attorney General, I will support rural and metropolitan law enforcement to restore law and order to our streets, and I will fight to protect Nevadans from the grip of special interests that harm our families and cripple our economy.”

Tisha, a partner at the law firm Black & Wadhams, represented numerous dispensaries in July 2020 in a secret weed trial pitting insiders vs. insiders. 60 plus Plaintiffs accused the state of Nevada’s dispensary process of pay to play politics, breaking every rule and every law. Black defended the existing dispensary licensee holders who benefited from alleged corruption.

Secret, because Judge Gonzalez held the trial in a room as the convention center miles away from the court house. And one of the defendants was the Essence Trop and Essence Henderson, owned by Brian Greenspun, the owner of the Las Vegas Sun.

If Judge Gonzalez had sided with the Plaintiffs, who were made up of power people with political juice, the entire recreational dispensary industry could literally have been declared null and void. So the trial was hidden and Wall Street never heard about it.

As President of the NV Dispensary Association, Tisha Black worked with closely with Gov. Sisolak and Attorney General Ford to assure that dispensaries we’re considered “essential” when all other businesses were closed.

Tisha Black has been an insider in Nevada politics for years. Tisha Black, according to public records, donated $4,000 to Democrat Senator Majority Leaders Harry Reid’s Senate race in 2001. Tisha Black also donated $5,000 in 2016 to Catherine Cortez Masto’s. Tisha gave zero money to Republican Joe Heck in that race. The only other Republican Tisha Black donated to that we could find was Gov. Sandoval according to our search.

Tisha Black will be facing off against Republican Sigal Chattah who’s claim to fame is beating Gov. Sisolak before the 9th Circuit opening up Nevada’s churches days before Christmas in 2020. Sigal followed up by fling numerous more lawsuits challenging Governor Sisolak’s Mask mandates and other CV emergency orders.

The winner of the June Primary will most likely face Democrat Attorney General Aaron Ford.