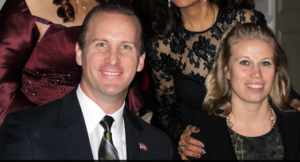 Dave McKeon has recently been seen making the rounds looking like a man on a mission. And according to our sources, that mission is taking back Nevada Congressional District 3 from Jacky Rosen after the Democratic sweep last year in Clark County. If the former Clark County GOP Chairman McKeon does decide to run he will be extremely formidable and well funded.

But 2018 won’t be any easier than 2016 for Republican Challengers. Democrats are highly motivated and their turnout can be expected to be at an all time high. And with Republicans currently in disorder in Washington D.C., a unified party may still be a pipe dream for the near future.

Dave McKeon will have to run the gauntlet of Republicans who will certainly compete for the seat costing him much needed money and time in the primary. And Jacky Rosen will be very well funded with the remnants of the Reid machine still backing her. 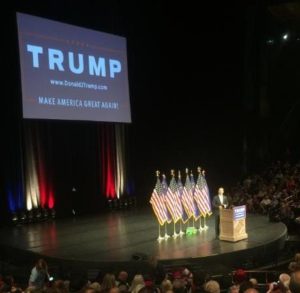 DAVE MCKEON AT TRUMP RALLY IN 2016

Dave McKeon proved, as Clark County Chairman, he can organize and build a grassroots ground game which helped the Nevada GOP win Clark County in 2014 and in turn win every State Constitutional Office, a majority in the State Assembly and State Senate and defeat the Gross Receipts tax. But after the 2015 Nevada State Legislative session’s broken promises and the Governor’s failed liberal agenda, civil war broke out in the Republican Party. Then in 2016 party leadership refused to support Donald Trump’s nomination for President contributing to major losses suffered last year in the general election. So with a deeply fractured party leadership in Nevada, putting Humpty Dumpty back together won’t be easy for any candidate which will only add to Dave McKeon’s challenges in 2018.