WAS LOMBARDO A NO SHOW AT CITY/COUNTY LEADERSHIP CRIME MEETING?

WAS LAMBARDO A NO SHOW AT CITY/COUNTY LEADERSHIP CRIME MEETING? 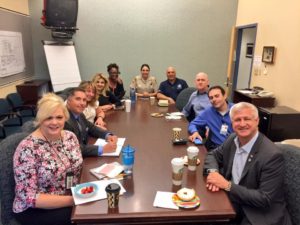 Today Las Vegas City Council and Clark County Leadership met to discuss the sharp rise in crime over the past couple of years. But there’s one person missing who probably should be there, Clark County Sheriff Lombardo.

In the picture with City and County elected officials is a uniformed liaison from Metro Police but Sheriff Lombardo is missing. Crime has spiked over the past few years with murders hitting a twenty year high last year. Murders are on track to meet or beat last year’s numbers again.