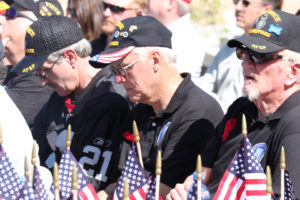 A veteran was found deceased Wednesday evening in the stairwell of the Oklahoma City VA Medical Center. We are working with local authorities, Office of Inspector General, VA police and the medical examiner who are all investigating,” Stacy Rine, Public Affairs Officer for the Oklahoma VA Health Care System, said in a statement to News 4.

Rine confirmed the death Thursday after News 4 received a tip, and she said: “no foul play” was suspected, News 4 reported.

The veteran’s name was not released.

The VA Police, Office of the Inspector General (OIG) and Oklahoma State Medical Examiner are investigating.

The OIG is “investigating the remains found,” a spokesman from the Washington, D.C., office told News 4.