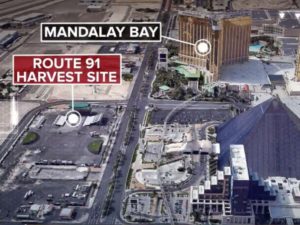 According to the Daily Mail:

“ISIS has claimed responsibility for the mass shooting in Las Vegas where 50 people were killed and more than 406 wounded and said the attacker had converted to Islam a few months ago.

Stephen Craig Paddock, 64, a resident of nearby Mesquite, Nevada, opened fire on a country music festival taking place at Las Vegas Village from a room across the street in the Mandalay Bay Hotel just after 10pm on Sunday evening.

The claim by the terror group has not yet been verified and contradicts statements by Paddock’s family and police.

Paddock lived just 90 minutes outside Las Vegas in the city of Mesquite, with 62-year-old Marilou Danley, an Australian citizen believed to be of Indonesian descent.”

One possible indication of some connection to ISIS and Islam may be that Paddock may have been from Indonesia where Islamic radicals have been fighting the government there for years.  Indonesia also has a larger Muslim population than any other country in the world, with approximately 202.9 million identifying themselves as Muslim.