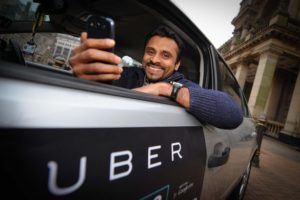 Carson City, after suspending transparency rules requiring new bills or amendments to be read on the record 48 hours before they are voted on so the public can express their opinion, Nevada Democrats are trying to kill Uber and Lyft in Nevada by regulating them to death.

Transportation Chairman & Democrat Richard Carrillo secretly sprung a bill in the middle of the night to kill Uber and Lyft which would require drivers to be approved by the Nevada Transportation Authority and carry $1.5 million in insurance. Taxis only have to be insured for $300,000.  According to local reports, Las Vegas taxi cab companies have seen a 13% drop in revenue after Uber and Lyft were allowed to operate in 2015.

According to the Nevada Transportation Authority officer we spoke with, a limo driver with his own car can expect the application process can take up to 1 year and cost $680 to apply. The NTA will want your financials to determine whether you can afford to own a business. You will be required to attend a hearing in which other taxi and limo companies can object to you getting a permit to operate. The NTA will do a study to determine if the local economy can afford another limo company.

In other words, the Nevada Transportation authority is designed to be a barrier to competition protecting those in business from those who want to go into business. Imagine your future competitors can veto you getting a permit to start your business. The mob was easier to deal with in the old Vegas days than this.

Do you support NV Democrats efforts to kill Uber and Lyft? If not call Assemblyman Richard Carrillo at  775-684-8801