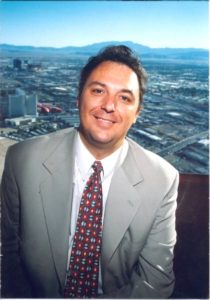 Today the US Supreme Court threw out the conviction of former Virginia Govenor Bob McDonnell who was charged under the Hobbs Extortion Act .

The theory underlying both the honest services fraud and Hobbs Act extortion charges was that Governor McDonnell had accepted bribes from Williams. See Skilling v. United States, 561 U. S. 358, 404 (2010) (construing honest services fraud to forbid “fraudulent schemes to deprive another of honest services through bribes or kickbacks”); Evans v. United States, 504 U. S. 255, 260, 269 (1992) (construing Hobbs Act extortion to include “‘taking a bribe’”). The parties agreed that they would define honest services fraud with reference to the federal bribery statute, 18 U. S. C. §201. That statute makes it a crime for “a public official or person selected to be a public official, directly or indirectly, corruptly” to demand, seek, receive, accept, or agree “to receive or accept anything of value” in return for being “influenced in the performance of any official act.” §201(b)(2). An “official act” is defined as “any decision or action on any question, matter, cause, suit, proceeding or controversy, which may at any time be pending, or which may by law be brought before any public official, in such official’s official capacity, or in such official’s place of trust or profit.” §201(a)(3).

The Court ruled that the Justice Department’s interpretation of the law would restrict the normal course of business required for officials and their constituents to perform their jobs.

77 former state attorneys generals from States other than Virginia wrote amicus briefs against the Justice Department’s’ case worried about the chilling effect the criminal case has had.

Conservative Republican Political Consultant Tony Dane was recently charged, 2 days before early voting, with extortion of Assemblyman Chris Edwards here in Las Vegas. Police claim Dane tried to pressure Edwards into voting against Assemblyman John Hambrick for speaker in the 2015 Nevada legislative session. According to numerous Assemblymen who filed police reports against him, Edwards was offering his vote for speaker to the highest bidder. Police ignored those reports and instead focused on Danes’ alleged attempt to persuade Edward’s using the threat of a recall petition, supported by Edwards’ solicitation of bribes against him in some future recall election.

The question is whether threatening to take legal and/or political action against an elected official based on their voting record can be interpreted as a crime. Everyday, in every legislature in the country, unions and other political groups threaten to cut political endorsements, support opposing candidates and fund or not fund campaigns based on an elected official’s voting record. Party leaders threaten to cut off campaign funds and remove elected officials from committees if the elected official votes the wrong way. Abraham Lincoln offered jobs in his administration to Congressman who lost their reelection in 1865 if they would vote for the Thirteenth Amendment (Amendment XIII) to the abolished slavery.He played hardball with other congressman pressuring them to vote for the amendment or he would cut off funding their pet projects in their district.

In fact, under the Clark County DA’s interpretation of the extortion law, if a voter threats not to vote for their elected representative if he or she doesn’t vote a certain way they could be charged with extortion.

The Court in Sun-Diamond declined to rely on “the Government’s discretion” to protect against overzealous prosecutions under §201, concluding instead that “a statute in this field that can linguistically be interpreted to be either a meat axe or a scalpel should reasonably be taken to be the latter.” 526 U. S., at 408, 412. A related concern is that, under the Government’s interpretation, the term “official act” is not defined “with sufficient definiteness that ordinary people can understand what conduct is prohibited,” or “in a manner that does not encourage arbitrary and discriminatory enforcement.” Skilling, 561 U. S., at 402–403 (internal quotation marks omitted). Under the “‘standardless sweep’” of the Government’s reading, Kolender v. Lawson, 461 U. S. 352, 358 (1983), public officials could be subject to prosecution, without fair notice, for the most prosaic interactions. “Invoking so shapeless a provision to condemn someone to prison” for up to 15 years raises the serious concern…

Today’s high court ruling limits overzealous government prosecutors from a broad interpretation of the actions and words of elected officials, their supporters and their political opponents, raising the burden the Clark County prosecutors may have to overcome if their case is to survive legal challenges in the future.

Is this case just another in a long line of efforts to limit free speech of political opponents as protected in the First Amendment of the US Constitution which states: Congress shall make no law prohibiting the right of the people peaceably to assemble, and to petition the Government for a redress of grievances. The Clark County DA didn’t charge Assemblyman Edwards with soliciting a bribe. But instead the DA’s choice to selectively prosecute Tony Dane will put our First Amendment to the test here in Nevada.