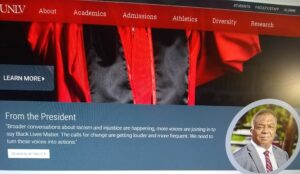 BLM occupies a place of prominence on the home page of UNLV’s website as shown above. As Israel took incoming rockets by the hundreds from the Palestinians, BLM posted a new website aimed at Israel and their U.S. supporters.

On the website BLM describes Israel as an “apartheid state” committing “genocide” against the Palestinian people. BLM calls the Jewish people occupiers in lands Jews have lived in for 3,000 years.

But what’s even more concerning to many folks, is the uses on public tax dollars supporting the messaging of a private group that spawned massive riots half a year ago resulting in a Las Vegas Metro police officer shot in the back of the head. 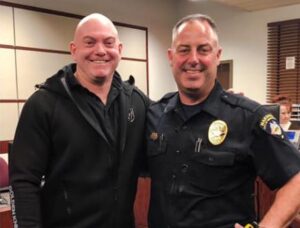 “Anti-Semitism is on the rise throughout America and unfortunately our community is not immune. Far too often, Anti-Semitic behavior is ignored and tolerated because those who express anti-Semitic views often claim that they are critical of Israel policy, and not Jews or Judaism. In 2016 the Black Lives Matter (BLM) platform describes Israel as an “apartheid state” and that it perpetrates “genocide” against the Palestinian people.

Regardless of where individuals sit on divisive talking points shared by the BLM movement, it is important that our higher education campuses focus on academia, student resources, and the expansion of campus infrastructure to better support our growing communities. There is no place in higher education for platforms or movements that create the slightest optic of accepting behaviors that are anti-Semitic, racist, or demeaning to others.”