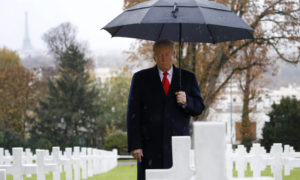 During the 2016 election cycle, President Trump spoke out and was highly critical of the endless wars in Iraq, Syria and Afghanistan. But President Trump also committed to “winning”. Whether intentional or not, Trump gets to have his cake and eat it too.

In January, President Trump called for the U.S. start withdrawing troops from Syria and Afghanistan declaring victory. But his Generals and many in Washington D.C., including Republican leadership in the U.S. Senate, have spoken out in opposition to his desire to withdraw troops.

The majority of Americans on both sides of the isle support President Trump’s position to stop the endless wars, so he gets a political win; and pitting him again against the D.C. Establishment while still continuing the wars in both theaters.