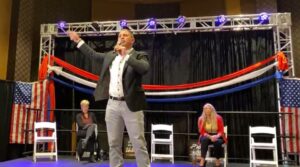 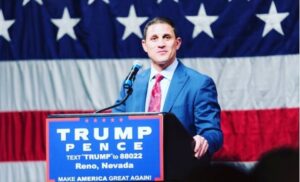 A newcomer to Nevada politics, Joey was a champion boxer. But for the last year and a half Joey has been leading the fight against Sisolak’s lock downs, church closing, hydroxychloroquine ban and vaccines from the beginning. A successful Reno lawyer and passionate advocate, Joey is a flame thrower. Just watch for yourself. Joey went after Sheriff Lombardo and Mayor Lee as well, attacking their public records and questioning their commitment to take on Sisolak. Joey is well known in Reno with bill boards across town for his law practice. But he’s a relative unknown in Clark County, so you can expect to see a lot more of him down here in the coming months.