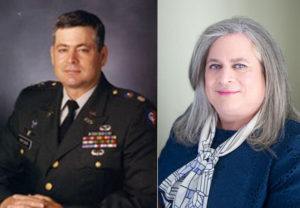 In June 2016, President Obama signed an Executive Order ending the ban on transgenders in the U.S. Military. Obama ordered the military to study the integration and start accepting transgenders in by July 1, 2017.

But the Military Times reported recently “A controversial Pentagon directive that would allow transgender men and women to join the military beginning this summer now faces indefinite delay as senior leaders within each of the services voice lingering concerns about the Obama-era policy intended to end discrimination, but dismissed by critics as social experimentation,”

After failing to receive funding to upgrade showers and other living accommodation the Pentagon has now put the program on hold indefinitely.

Ashley Broadway-Mack, president of the American Military Partner Association said in a statement “Thousands of transgender service members are openly and proudly serving our nation today, and there is no reason not to move forward with the timeline as planned now for nearly a year. Any applicant, regardless of gender identity, who is qualified and willing to serve should be allowed to do so.”