NEVADA’S ONLY REPUBLICAN CONGRESSMAN IS SKIPPING THE INAUGURATION

NEVADA’S ONLY REPUBLICAN CONGRESSMAN IS SKIPPING THE INAUGURATION 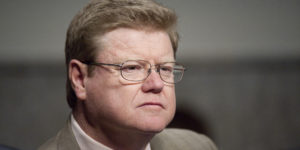 Today, while in Washington DC attending the festivities, I learned Nevada’s our only Republican Congressman, Mark Amodei, is skipping the inauguration. So that means Nevada has no elected Republican officials representing Nevada at the inauguration of the 45th President of The Untied States from the Republican party.

BTW Democrat Congressman Ruben Kihuen will be attending the inauguration.