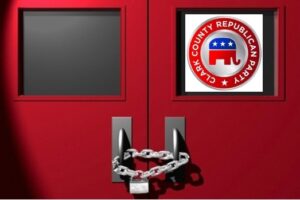 Less than a week ago, the Never Trump Teachers’ Union infiltrators were thrown out of office in the Clark County Republican Party by a huge group of Republicans at the Ahern Hotel. After a cursory look at the donation reports and accounts, some $99,000 is unaccounted for.

The CCRP just filed their July 14, 2021 Contributions and Expenses report with the NV SOS which 360 News has confirmed with donors there are missing donations and including for the Lincoln Dinner. 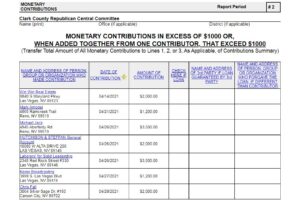 Now leaders are demanding a full audit of the books and records under Sadjak and his cohorts of Teachers Union lobbyists who’ve been running the CCRP for the last 3 years.

Recently elected CCRP Political Director Pat Casale is calling for a full Audit of the CCRP under Sadjak.

In their April 2021 C&E the CCRP reported zero money raised. 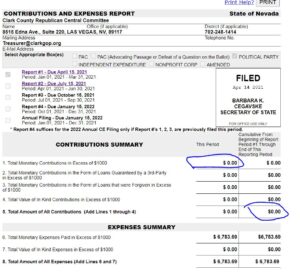